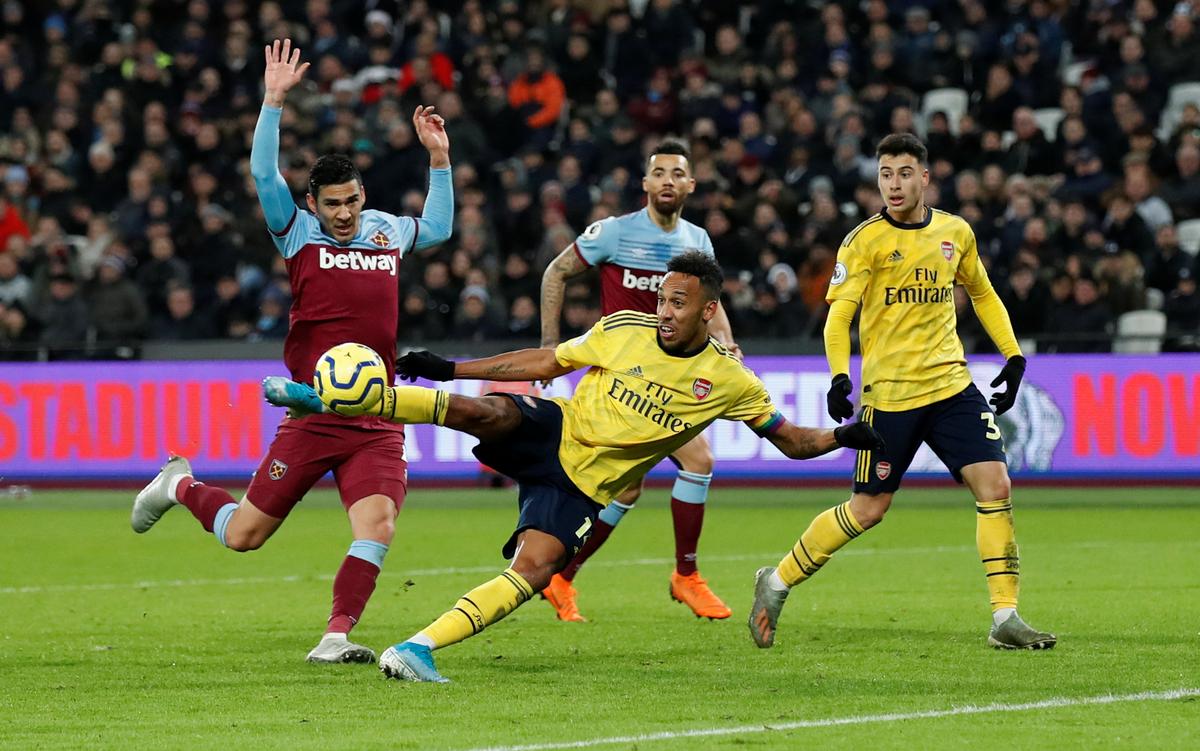 After a poor start to the game by both sides, the Hammers took the lead seven minutes before the break when Angelo Ogbonna charged into a crowded box to head home a Pablo Fornals cross at the London Stadium.

But Arsenal, with interim coach Freddie Ljungberg searching for his first win since taking over from the sacked Unai Emery, equalised on the hour thanks to a sharp finish from Brazilian Martinelli, his first Premier League goal. Six minutes later record signing Pepe put the visitors ahead with a superb curling shot into the far corner after being set up by a clever back-heel from Aubameyang. The pair reversed roles for Arsenal’s third with Frenchman Pepe chipping a cross into the box and Aubameyang volleying home on the turn after 69 minutes.

“It means so much for the players. They have been living under enormous pressure and you see it in their performances,” said Ljungberg. “You can see the players have been a bit low and you see in the dressing room the relief and how happy they are. We enjoy tonight and we continue working tomorrow. We have to work on our belief — that was the difference,” he said. The win took Arsenal up to ninth on 22 points from 16 games, while West Ham’s third straight home loss leaves them in 16th place on 16 points, only a point above the relegation zone, and increases the pressure on Chilean manager Manuel Pellegrini.

The former Manchester City boss said he was sure he could turn the club’s fortunes around, however. “The pressure for me is exactly the same if we win or lose. When you don’t have results things are more difficult. If I had not seen the team play the way they did in the first 65 minutes, I might have doubts,” he added. “For 60 minutes there was just one team on the pitch. But football can be like this. “We made mistakes in moments of defending. The problem was a lack of patience and quality to decide the game with a second goal and we made important mistakes in defence,” he added.