New Zealand secured a 1-0 series victory over England on Tuesday after the second test at Seddon Park in Hamilton ended in a draw with rain washing out the final two sessions of play. 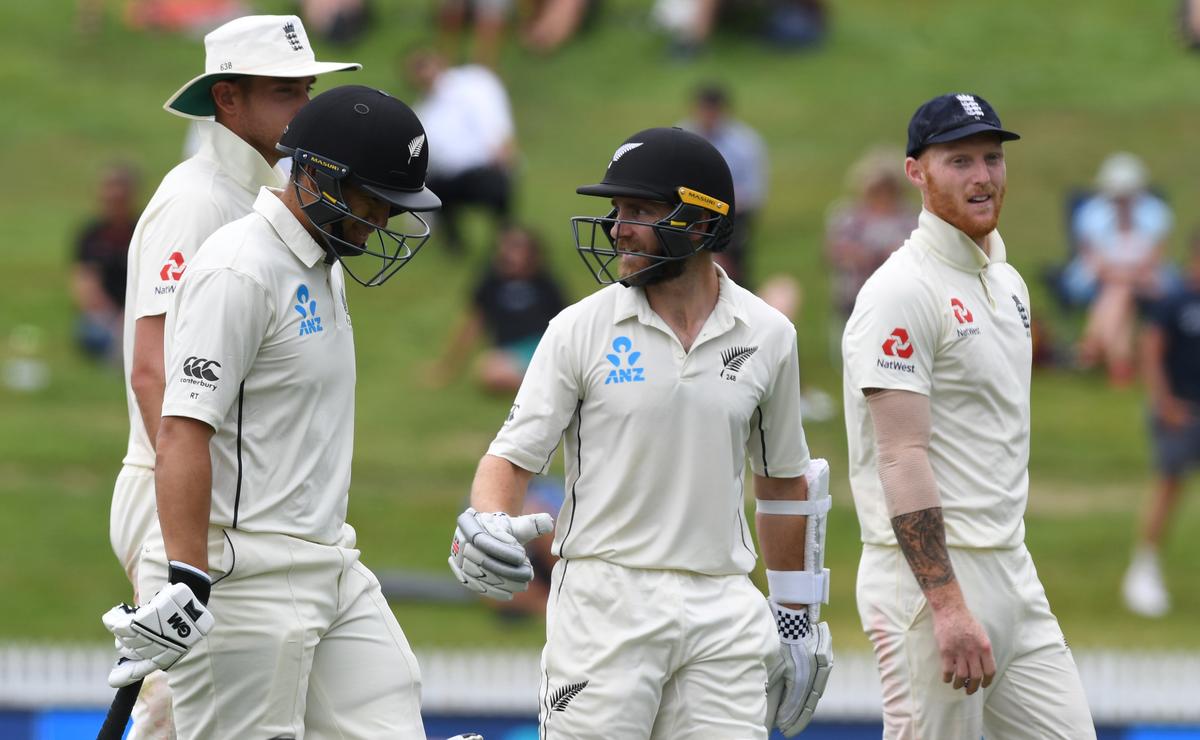 The Kiwis, who won the first match of the two-test series at Bay Oval in Mt. Maunganui by an innings and 65 runs, were 241-2 in their second innings and holding a 140-run lead when rain started to fall at 1:55 p.m. (0055 GMT) and forced the players from the field.

Umpires Kumar Dharmasena and Paul Wilson called the game off at 4:00 p.m with Ross Taylor on 105 not out and captain Kane Williamson on 104. “It was a great fighting effort over the last couple of weeks,” Williamson said. “The first test was a fantastic victory for us in so many departments and then to back it up with another strong performance is very pleasing.” England had been in with a chance of levelling the series when they reduced New Zealand to 28-2 in their second innings on Monday — 73 runs behind the tourists’ first innings of 476 — before Williamson and Taylor dug in.

The pair resumed on Tuesday on 96-2 and with rain forecast for later in the day really only had to see out the first session without loss to ensure a draw. It was not all plain sailing for Williamson, however, who rode his luck to reach a 21st test century. Wicketkeeper Ollie Pope should have held a straight-forward chance when Williamson gloved a short delivery down the leg side on 39 but it was the second opportunity that was the key moment in the session. The New Zealand skipper had advanced to 62 when he was fooled by a slower delivery from Jofra Archer with the ball looping to Joe Denly at short mid-wicket.

Such was the confidence that Denly would snaffle the chance and open up New Zealand’s middle order at 154-3, Archer was halfway down the pitch celebrating while several fielders raised their arms in jubilation. Their excitement, however, quickly turned to disbelief as Denly dropped the ball, while Archer could only bury his face in his hands and burst into laughter. Williamson and Taylor were both in sight of their centuries at lunch with the side on 211-2, the 35-year-old Taylor becoming the second New Zealander to surpass 7,000 test runs when he reached 83. Stephen Fleming scored 7,172.

With rain threatening after the break the pair attacked, but Williamson almost ran himself out on 97 when he pushed a Joe Root delivery into the offside for a quick single. The throw from Sam Curran missed and allowed him to complete a second run on the overthrow. He brought up his century with his 11th boundary two balls later. Taylor reached his 19th test century with a four and two sixes off successive balls in Root’s next over just moments before rain forced the players off. “It was a shame about the rain today,” Root said “But … credit to New Zealand, they … soaked up the pressure.”